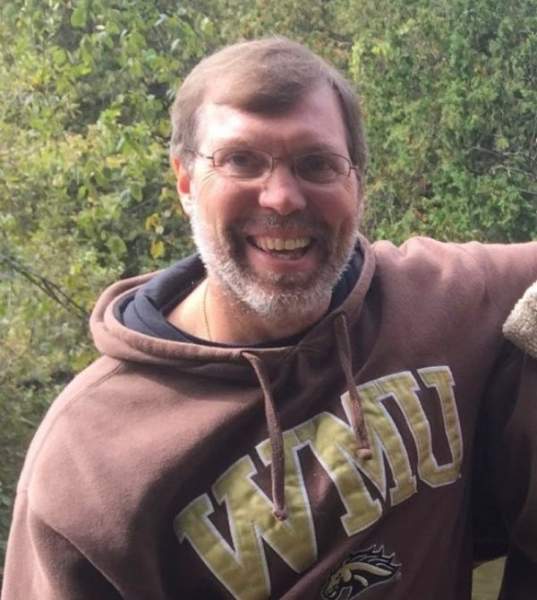 Christopher Mark Ferguson 55 of Bellaire died suddenly while bike riding on August 8, 2022. He was born November 13, 1966 in Royal Oak, MI the son of James and Teresa (Zingaro) Ferguson.

Chris graduated from Western Michigan University in Kalamazoo, MI with a Bachelor’s degree in Aviation Tech & Management. While in college Chris worked part time at Shanty/Schuss. After graduation he received a position at TRW, an automotive supplier, in Washington, MI as a liaison between the customer and company as a sales engineer until a serious water-skiing accident caused him to change his course in life.

He was a kind, loving, caring man, a wonderful son, brother, uncle, and friend; always putting others first. Chris was an active member at St. Luke the Evangelist Catholic Church in Bellaire where he served as an usher, an altar server, and helped with various projects whenever needed. He was a member of the Knights of Columbus and a volunteer at the Senior Center in Bellaire.

Chris "Topher" lived an active lifestyle and enjoyed snow skiing, water skiing, biking and running and was one of the original bike riders in the annual Ice Man race from Kalkaska to Traverse City.

In lieu of flowers, donations can be made to St. Luke Church or the Area Senior Inc (ASI), both in Bellaire, MI or whatever charity you prefer.

Arrangements are in the care of the Bellaire Chapel of Mortensen Funeral Home.