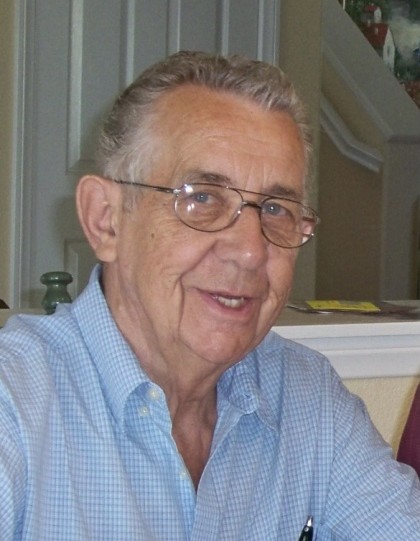 He served in the Navy from 1955-1959 as an Airborne Radio Operator for the 1116th Air Transport Wing. After service, he met his wife Joan, and they were married on September 16, 1961. They made the move from Detroit to Charlevoix in 1967.


Chris was a builder his entire life, first working for local construction companies before obtaining his contractor license and starting his own business. His craftsmanship and pride of work was evident in his attention to detail in the homes he built and remodeled. Chris was knowledgeable in all facets of building and able to do cement work, roofing, plumbing and heating, and electrical. He used these skills in building his custom home in Ironton, completing the work on long evenings and longer weekends, with the help of his wife and five young children.


He served over 30 years on the Eveline Township Zoning Board and Board of Appeals. In his retirement, he enjoyed boating on Lake Charlevoix, working outside and was always busy tinkering with old and new projects. He also enjoyed going out to dinner with his wife.


He is preceded in death by his parents Frank and Joanna, sisters May and Jean, brother Raymond, and daughter Cindy.
Chris is survived by his wife of 60 years Joan, children Brian, Gary (Margie), Karen, Ken (Lidia) and son-in-law Marco; brother-in-law Dennis; grandchildren, a great grandchild; nieces and nephews, and his extended family in California.


A private service will be held by family and a memorial mass at St. Mary’s Catholic Church will be held in the spring.

To order memorial trees or send flowers to the family in memory of Chris Carson, please visit our flower store.