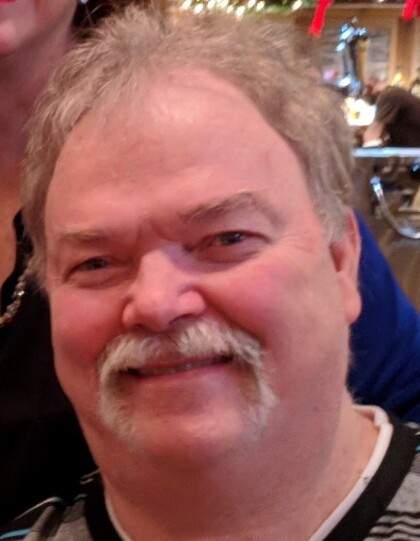 Bryan was born in Tulsa, OK on August 2, 1956 to John and Billie Harley.  He was a graduate of Bloomfield Hills, MI, Andover High School and Michigan State University; earning a bachelor’s degree in mechanical engineering. His college studies included time spent at Cambridge University, England.  Bryan worked as an engineer in the transportation and aeronautic fields in the Detroit metro area.  He worked alongside his father, John, at Control Pak Corporation in the heating and cooling industry in Farmington Hills, MI. Bryan retired after giving of his skills and love of teaching mathematics at Baker College in the Detroit area.

Bryan was a lover of nature and photography.  He could be found hiking, photographing trees and sunsets while expounding on God’s beauty all around him.  He was a natural athlete and excelled at sports; swimming the butterfly stroke, playing ice hockey, fast pitch baseball, tennis and biking.  He flew an ultralight aircraft and went skydiving. Bryan had an affinity for bonfires, unique wood walking sticks, loved collecting MI Petoskey stones and different rocks.  Bryan enjoyed spending time with his family on Torch Lake, MI, swimming, sailing and water skiing. He had an impressive insect collection and painted turtles as a lad in Oklahoma. He was an accomplished artist and loved music; most recently playing his guitar and composing music. Bryan’s passion was found in his extensive time and service in Christian Ministries; his focus was studying the Bible, preaching the gospel and telling people of Jesus’s love and promises.

Bryan dearly loved his family; especially his children and grandchildren.  Anyone who knew Bryan would agree he was a kind and gentle spirit.

Bryan is survived by his father, John T. Harley; his daughter, Moriah and husband George Fair and George’s daughter Nevaeh; his son, Austin Harley and wife Maria and their children Olivia and J.T. III; his daughter, Cheyenne Harley and daughter Maliya; his stepson, Andrae Kalbfleisch; his, ex-wife and mother of his children, Cheryl Kalbfleisch; his sister, Colleen and husband Mark Holmes and their daughter Elizabeth; his sister, Jan Harley and husband, Al Avram and their daughter, Nicole Ver Kuilen; cousins, Tom and Carol Fonvielle Stewart and Warren Lewis; many wonderful friends and colleagues.

in lieu of flowers or planting a tree please consider giving to your local food bank in his memory.

To order memorial trees or send flowers to the family in memory of Bryan Harley, please visit our flower store.