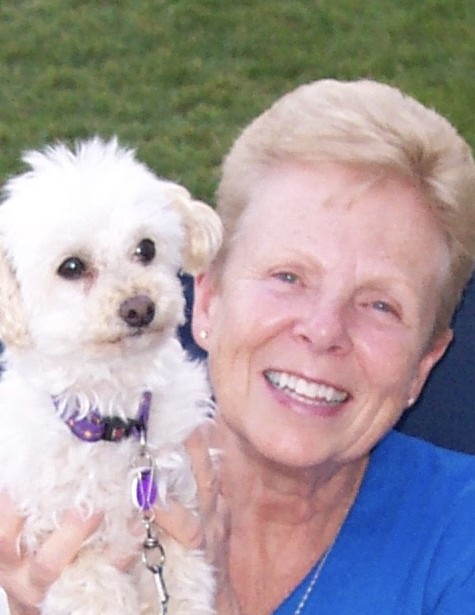 On Tuesday, December 9, 2020, Bonnie Kay (Fox) Lenhart of Charlevoix peacefully passed away in her home surrounded by her family.

Bonnie was born in Detroit on October 20, 1942, to Howard and Mary Fox, graduating from Royal Oak Dondero High School in 1960. On August 20, 1960, she married Robert Lenhart. During the early years of their marriage, they lived in multiple locations while Bob served in the Air Force. Bonnie and Bob spent a number of years in Metro Detroit before moving to Northern Michigan in 1975 to open the Radio Shack stores in Petoskey, Charlevoix, and Boyne City.

Bonnie’s Catholic faith was a vital part of her life; she was very involved at St. Mary’s Catholic church for many years and was a past member of the Rosary Altar Society. She also had a passion for gardening, serving as a Master Gardener and dedicated member of the Charlevoix Garden Club. During their retirement, Bonnie and Bob enjoyed exploring the US in their motorhome accompanied by their treasured dog Chula. Bonnie found a deep joy in being an adored grandmother to all of her grandchildren and great grandchildren. She will be lovingly remembered by the large group of family and friends she so deeply impacted during her life.

In lieu of flowers, a memorial contribution may be made to St. Mary’s Catholic Church of Charlevoix.

Services will be held for family members only on Saturday, December 12th at 1 pm.  Those who wish to join the family in their Celebration of Life may view via Livestream on the St. Mary Catholic Church of Charlevoix web page: stmarycharlevoix.com

To order memorial trees or send flowers to the family in memory of Bonnie Lenhart, please visit our flower store.