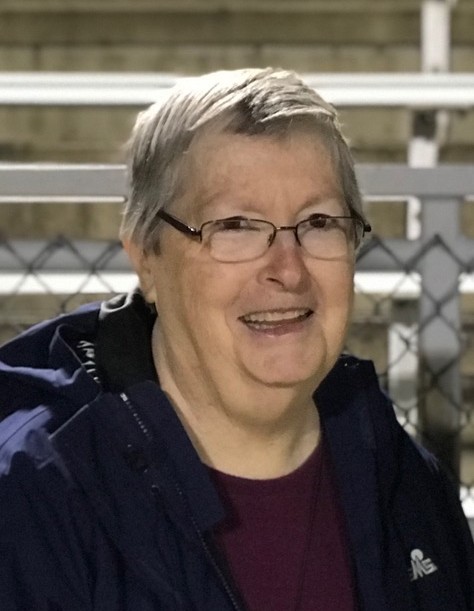 Bonnie Lynne Kuhn, 78, of Kalkaska passed peacefully on January 30, 2020, surrounded by love. Bonnie was born on Nov. 28, 1941 in Peoria, IL to parents Carl and Geneva (Huxford) Alkire. She married William Kuhn on September 15, 1962, having shared a special place in each other’s hearts since the fourth grade in Ohio. They moved their young family to Kalkaska, MI in 1967.

As we held each other, we remembered the hands that held ours for so many years. Hands that wiped tears, stroked foreheads when we were sick or couldn’t sleep, kept us safe, cheered at sporting events, celebrated musicals and concerts, baked birthday cakes and countless sugar cookies and cinnamon rolls, were quick to help, flew joyfully up on the fastest of roller coasters, spent summers camping on Beaver Island, and sewed millions of stitches with love. Bill and Bonnie were always a “team”, sharing everything with love.

A Celebration of Life will be held this spring. Donations may be made in Bonnie’s memory to Meadow Brook Medical Care Facility, 4543 S. M-88, Bellaire, MI 49615.

To order memorial trees or send flowers to the family in memory of Bonnie Kuhn, please visit our flower store.