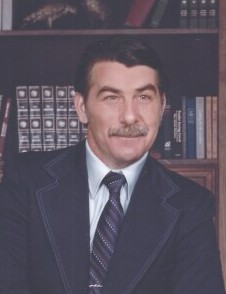 Arvin Randall Hughey, 83, of Charlevoix, passed away on Monday, July 19, 2021 at his home surrounded by family.  He was born on July 5, 1938 in Boyne City, MI, the son of Chester Edward and Eunice Cora (Stokes) Hughey.

Arvin grew up on Mackinac Island, where he worked for his late brother Bob at Little Bob’s Restaurant throughout his younger years.  He went on to serve in the United States Army from 1961 to 1964.  Upon returning home, he worked for General Motors in Lansing, and he sailed for Penn-Dixie and Manski on the Great Lakes.  Arv was a true historian of Mackinac Island, and his warm & colorful stories brought the local people to life with love and humor.  He loved and treasured his memories of the true islanders.

After he married Elizabeth Richardson, they moved to Florida where Arv worked as a corrections officer for the State of Florida.  He was extremely calm and fair to all that he encountered at work.  Upon his retirement as a Sergeant , he and Elizabeth split time between Carp Lake, MI and Lehigh Acres, FL.

He was preceded in death by his parents, Chester and Eunice Hughey, and his wife, Elizabeth Hughey.

In lieu of flowers, memorial contributions may be made to the Salvation Army.

To order memorial trees or send flowers to the family in memory of Arvin Hughey, please visit our flower store.