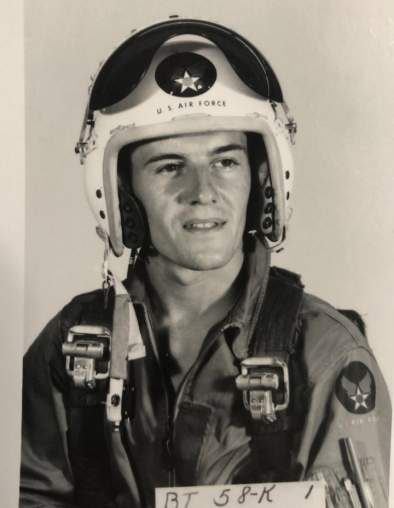 Arthur was raised in Charlevoix, and went on to attend the University of Michigan where he earned a PhD in Aerospace Engineering.  On July 12, 1958 he married Patricia Ratigan in Charlevoix.  He served in the United States Air Force from 1959 to 1962 earning the rank of First Lieutenant.

Arthur’s great love in life was flying his RV-7A airplane, especially to Beaver Island, and between Charlevoix and Port Charlotte, FL where he and Patricia wintered.  Earlier this year Arthur received the Federal Aviation Administration's highest award, The Wright Brothers Master Pilot Award.   This award recognizes pilots who practiced safe flight operations continuously for 50 years or more.  He was also a long time member of the Charlevoix Historical Society, Charlevoix Lions Club, and Experimental Aircraft Association (EAA) of Florida.

In lieu of flowers, memorial contributions may be made to the Charlevoix Historical Society, PO Box 525, Charlevoix, MI 49720.

To order memorial trees or send flowers to the family in memory of Arthur Ranger, please visit our flower store.