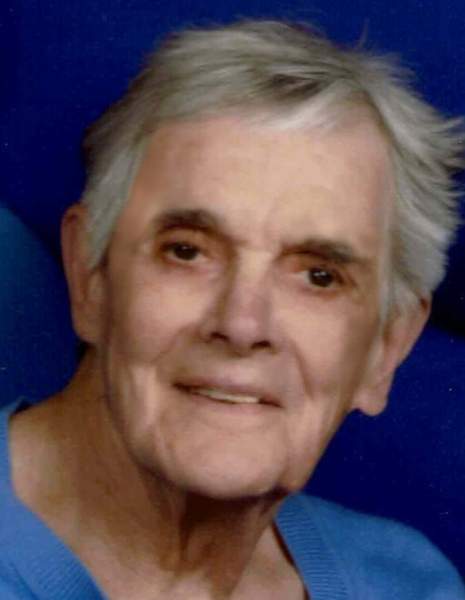 “I am of the opinion that my life belongs to the community, and as long as I live, it is my privilege to do for it whatever I can.  Life is…a sort of splendid torch which I have got hold of for a moment, and I want to make it burn as brightly as possible before handing it on to future generations.”  George Bernard Shaw -

Ardeth M. (Howe) Wieland, 92 of Charlevoix passed away at her home on November 30, 2020.  Ardeth was born June 29, 1928 and was the daughter of Leslie and Ida (Milton) Howe of Horton Bay.  She attended the Undine and Boyne City Schools and graduated from Michigan State College in 1949 with a B.S. in Physical Education.

In June of 1955 she married Thomas Wieland of Charlevoix.  Ardeth grew up on a farm on the shores of Lake Charlevoix.  She worked with her in-laws and her brother in law’s family on Wieland Dairy Farms and Wieland Coldeway Farms in Ellsworth and Charlevoix from 1955 to 2005.  Ardeth was a lifelong member of the Michigan Farm Bureau where she served in a variety of capacities to support agriculture and farm families.  She was a member of the Barnard Community Action group and was proud of her activism to help assure that women had equal standing in the organization.

Ardeth’s mother, before her untimely death, instilled a value that would shape her young daughter’s life.  She told her, “Your good education can never be taken away from you.”  It was Ardeth’s respect and love for her mother that lead her to become a teacher, just as her mother had been.  From 1949-1957 Ardeth taught in Indian River, Boyne City and Petoskey schools.  Later she occasionally served as a substitute teacher and in 1970 she “retired” to her other full time jobs of farmwife and mother.

Starting in 1974, for the next 32 years, Ardeth served on the Charlevoix School Board and had the privilege of handing diplomas to hundreds of students, including each of her own 4 children.  Over the years she enjoyed many treasured friendships with teachers, administrators, and fellow board members.  She shared that she considered her school board service to be the most rewarding experience of her life.

She was preceded in death by her husband Tom, her son-in-law Bruce Novak, her sisters Elinor Speigl, and Vonda McConnell, and her brothers-in-law Larry Speigl, Terry McConnell, and William Bates.

The family would like to thank her numerous dedicated caregivers including, Lisa, Brenda, Anneke, Danielle, Sally, Sue, Patricia, Alisa, Ashley, and Diane and her medical staff.

Mortensen Funeral Home in Charlevoix is handling arrangements and tributes can be added at www.mortensenfuneralhomes.com  A Celebration of Life gathering will be held at a later date.

Memorial gifts may be made to the “Rayder Enrichment Endowment Fund” (providing funding for Charlevoix schools special activities ), at the Charlevoix County Community Foundation, PO Box 718, East Jordan, MI 49727, https://www.c3f.org/all-about-giving/online-donation-form.html or by calling 231-536-2440.

To order memorial trees or send flowers to the family in memory of Ardeth Wieland, please visit our flower store.