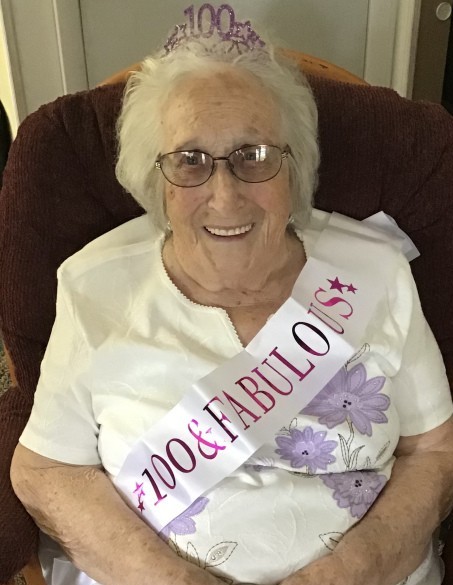 Ardath Norton, 101, of Alba, Michigan passed away peacefully at home on November 6, 2021 with her family by her side.

Ardath was born in Alba on July 12, 1920 the daughter of DeWard and Maude Strickland. She graduated from Alba Highschool in 1938 and in 1941 married Dale Norton of Alba. After his time spent in the Army they settled in Alba where she became wife, mother, and homemaker, which was always the most important “job” to her. After raising her family, she worked at Courter’s in Boyne City where she retired. Upon retirement she and her husband enjoyed traveling whenever they could until his passing in 1992.

Ardath’s family was her life. Her enjoyment came from cooking her special dishes (meatballs were her specialty) for all family occasions. In her earlier years she would sew anything that needed mending and made any costumes that were needed by the grandchildren. She especially enjoyed the holiday meals where she could visit and see all the family together.

She was a ferocious reader, Chestonia Township Library’s best patron, reading 5 or 6 books weekly, which she continued until just a few weeks ago.

Per Ardath’s wishes there will be no service. A private family graveside service will be held.

Memorial donations on Ardath’s behalf can be made to the Chestonia Township Library.

Arrangements are being handled by the Mancelona Chapel of Mortensen Funeral Homes. Sign her online guestbook www.mortensenfuneralhomes.com

To order memorial trees or send flowers to the family in memory of Ardath Norton, please visit our flower store.
Send a Sympathy Card