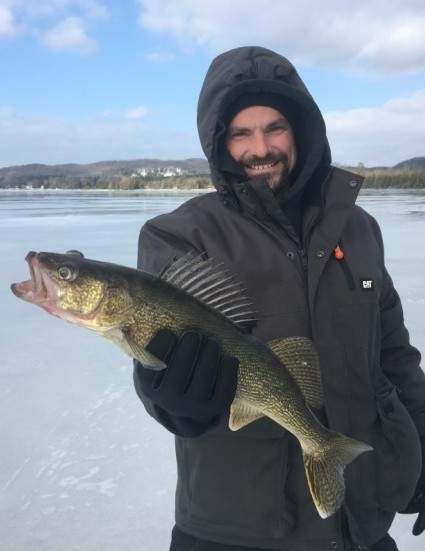 Anthony M. Harvey,  48, of Mancelona, passed away on December 27, 2021 at his home.  Tony was born on December 18, 1973 in Grand Rapids the son of Mark Anthony Harvey and Adrienne Candace Vernier.

"Hold your loved ones close, make amends, don't leave words left unsaid. If 2021 has taught me anything, it's that life is not promised.  Make the phone call, send the text, make the trip.  Say I love you, a lot. It'll never be too much. Within the span of three months we have lost the great men, who will never be replaced. My dad was a great man, but he was best known for his role as Poppy.  No one loved his babies more than him. It was his favorite name and role and it was, hands down, what he was made for. No one will ever replace Poppy Tony. He was one of a kind. Love you so much dad.  Wish I would have told you more often."

A viewing for family and friends will be held on Saturday, January 1, 2022 from 2-4 p.m. at the Mancelona Chapel of Mortensen Funeral Homes.   No formal services will take place at this time.

In lieu of flowers, please consider contributing to the following gofundme to help Tony's family with funeral expenses:
https://www.gofundme.com/f/financial-support-for-tonys-family

Tony will be buried alongside his son Nick in Fairview Cemetery, Mancelona Township.

To order memorial trees or send flowers to the family in memory of Anthony Harvey, please visit our flower store.