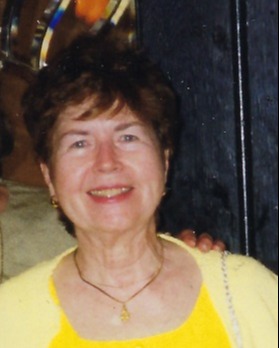 She was born in Scranton, Pennsylvania, and moved with her parents to Detroit, Michigan when she was three years of age.  There she attended Finney Elementary School and Dominican High School.  She graduated from Siena Heights College in Adrian, Michigan, then attended Loyola University in Chicago, Illinois where she received a Master’s Degree in classical languages.  In 1968 she was awarded a Fulbright Scholarship to study at the American Academy in Rome, Italy.

Anne was a member of he English and Foreign Language Departments at Grosse Pointe South High School in Grosse Pointe, Michigan from 1968 to 1992, when she retired to Lakes of the North in Mancelona Township, Michigan.

She is survived by many beloved cousins in Scranton, Pennsylvania, Salt Lake City, Utah, and throughout Michigan, as well as many dear friends and former colleagues.

There are no services planned.

To order memorial trees or send flowers to the family in memory of Anne Elizabeth Cowley, please visit our flower store.