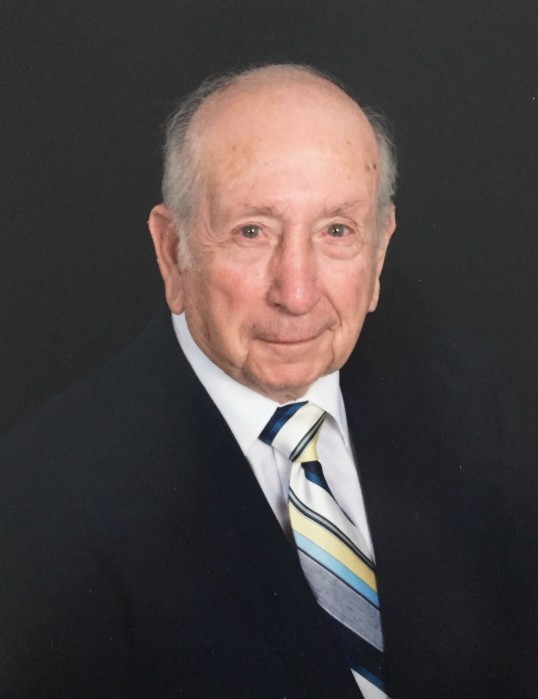 George went to work in the family business, Cicinelli & Sons, which started in 1921, at the age of 13.  As he put it, they raised and plucked chickens for a living.  The business changed and expanded over the years to finally becoming a wholesale meat company.  He worked with his father and two brothers, Salvatore and William.  The three brothers eventually took over the business.  George was the last brother to retire in 1996, working there for over 54 years.  The business was then sold to his nephews Kris and Kurt Cicinelli.

On December 26, 1953, George married the love of his life Margaret in Saginaw where they raised their five children.  They had a wonderful marriage of over 66 years.

He was preceded in death by brothers Peter (Ruth), Salvatore (Ann), and William; sisters Josephine (Stan) and Frances.

Visitation will be Sunday, February 9th at Sacred Heart Catholic Church in Elk Rapids from 5 to 7 p.m. with a Vigil for the Deceased at 7 p.m.  Mass from the Order of Christian Funerals will be celebrated Monday, February 10th, at 11 a.m. with Rev. Robert J. Zuchowski presiding. The family will also be receiving friends from 10 a.m. until the time of mass.  Entombment will be at St. Andrews Cemetery and Mausoleum in Saginaw, MI, Tuesday, February 11th at 11 a.m.

Arrangements have been handled by the Bellaire Chapel of Mortensen Funeral Homes.  Please sign his online guestbook www.mortensenfuneralhomes.com

To order memorial trees or send flowers to the family in memory of Angelo Cicinelli, please visit our flower store.