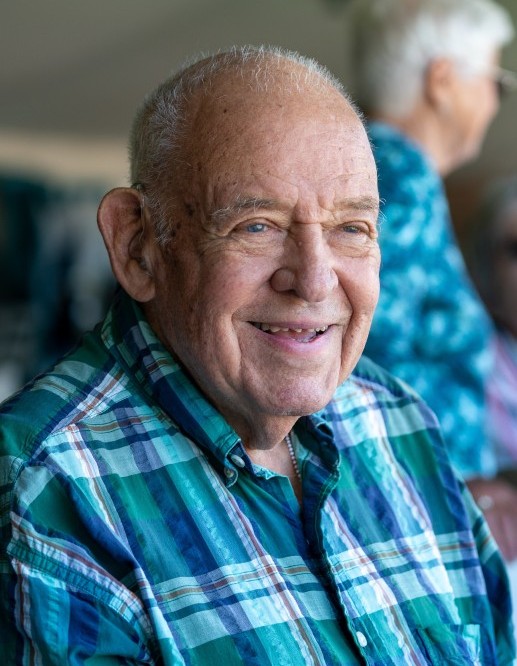 Allen Kenneth Anderson, age 88, of Williamsburg passed away peacefully on Thursday, January 2nd at Samaritas Senior Living with his children by his side.  Al was born May 13, 1931, in Chicago, Illinois, to Pere and Ariel Eleanor (Lunquist) Anderson. On April 17, 1954, Allen married Virginia Fagen in Crown Point, Indiana.  Together they raised three children in Elk Rapids and enjoyed 61 years of married life together before Ginny’s passing in 2015.

Al graduated from Traverse City High School in 1949 and received his Bachelor of Science from Michigan State College in 1953.  He and Ginny met at Michigan State and they remained lifelong Spartans together. Al served in the US Army from 1954 - 1956, leaving just after they were married.  That would be the only time that he and Ginny spent apart.

Al was half owner and operator of Morrison Lumber Company in Elk Rapids, Michigan with Glenn Morrison and then Earl Morrison from 1957 to 1995.  Al was a vital member of the Elk Rapids community and enjoyed his many years there.

Al and Ginny loved their home on Elk Lake for 35 years before retiring to Cedar Creek Commons in Traverse City, enjoying winters in Cape Canaveral, Florida.   They also enjoyed traveling the world, scuba diving, and anything that had to do with their grandchildren, Kacey, AJ (Grandpa’s namesake) and Charley. Countless picnic lunches were made for sporting events from T-ball to college basketball and softball where Al and Ginny could be found cheering on the Anderson kids.  Al was, and will always be, his grandkids’ biggest fan. He made lasting friends everywhere he went. He enjoyed regular breakfasts at TJ Charlies with several friends up to his passing. Al loved and often stressed over the Spartans, but was content with everything else. He expressed many times how grateful he was for his life, friends and family.

Al is survived by his sister and brother-in-law Joan (Chuck) Bartelt of Columbia, Maryland, brother Adrian Anderson of Austin, Texas.  He also leaves grateful but heartbroken children: Beth Anderson of Traverse City, Ken (Suzanne) Anderson of Williamsburg and grandchildren who he loved as much as they loved him,  Kacey, A.J., and Charley Anderson. Some of the people he was sad to leave were his long time Elk Rapids friends ‘Coach’ Don Glowicki and Sonny Szejbach as well as several special friends from Cedar Creek, Cape Canaveral and Samaritas including May Andre, who will dearly miss her morning coffee friend.

Per his wishes, cremation has taken place and the family will gather at Samaritas Community Room in Williamsburg, formerly Hope Village, Sunday, January 5th, 2020.   The family will gather for greetings at 2:00 pm followed by an informal memorial service at 3:00 pm. MSU vs. UofM will be playing in the background until the service.

In lieu of flowers, memorial contributions may be directed to Grand Traverse Industries, 2883 Arrow Park Dr., 49686, a non-profit organization that provides employment for handicapped individuals.

Arrangements have been entrusted to Mortensen Funeral Home of Central Lake.  Please sign his online guestbook at www.mortensenfuneralhomes.com.    The family would also like to acknowledge the community and friendships at Samaratis through the years, and the invaluable support of Dr. Maureen Street and Heartland Hospice nurses Beth and Kitty.

To order memorial trees or send flowers to the family in memory of Allen Anderson, please visit our flower store.