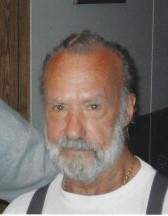 Alfred served in the Army Signal Core during the Korean War.  Upon returning home, he opened the Fireside Lounge in Warren, MI when he was living in Sterling Heights, and he owned Touch of Class Car Wash in Punta Gorda, FL.   He bought a summer home in Mancelona in the 1970’s and he moved to Bellaire permanently in the 1990’s.

Alfred was an avid hunter.  He enjoyed hunting big game all across the world.  He was the founder of the Detroit Chapter of Safari Club International, the founder of the North American Sheep Foundation, and a founding member of the Friends of Cedar River.  He was a member of the Moose Club, the Elks Lodge, the American Legion, Ducks Unlimited, St. Luke’s Catholic Church,  and was active in the senior center in Bellaire.  He also enjoyed boating and playing cards.

He was preceded in death by his parents, Ernest and Emilia McMurray; his brother, Homer McMurray; and two sons, Terry McMurray and Timothy McMurray.

In lieu of flowers, memorial contributions may be made to the Boys and Girls Club of America.

To order memorial trees or send flowers to the family in memory of Alfred McMurray, please visit our flower store.