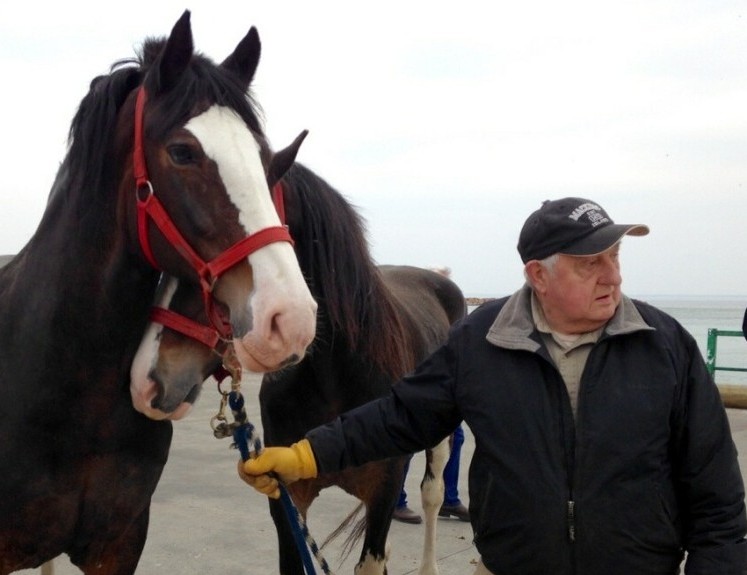 Albert Sharrow, 79, of Charlevoix passed away on Thursday December 5,2019 at Munson Medical Center in Traverse City.  He was born on January 12, 1940 in Charlevoix, MI, the son of William and Elsie (McClanathan) Sharrow.

Albert married Alice Lewalk, on September 5, 1964 at Sainte Anne’s Catholic Church on Mackinac Island.   Better known as “Buck” on the island, Albert spent many years as a teamster chauffeuring  people in carriages all over the island. He spent many years working construction for Dick Way. Albert made a lasting impression on everyone that he met, and he treated all people with the utmost respect. Albert never met a stranger.  He loved spending time with his granddaughter, sharing his love of horses and showing people the beauty and uniqueness of Mackinac Island. Also he enjoyed morning coffee and breakfast with his friends, playing card games, especially cribbage, with anyone who would play. His wonderful sense of humor was enjoyed by all.

Albert is survived by his loving wife, Alice Sharrow; his son, Ron Sharrow of Charlevoix, MI; and his granddaughter, Mikayla Sharrow.

He was preceded in death by his parents,  his brother, Roger Sharrow and another brother Ronald Lee Sharrow.

The previously planned memorial services have been postponed due to the Coronavirus.  Details will be announced as they are available.

To order memorial trees or send flowers to the family in memory of Albert Sharrow, please visit our flower store.