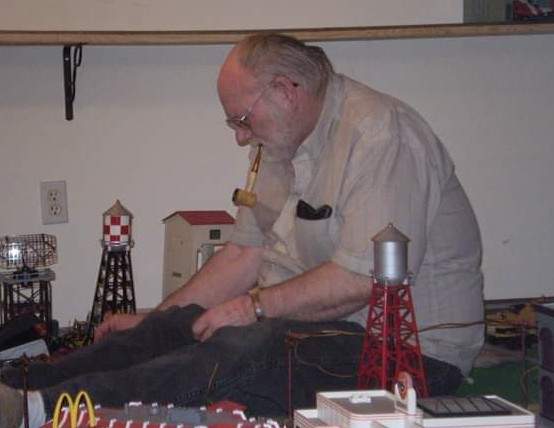 Al graduated from Bellaire High School in 1966 and went on to serve in the United States Air Force.  He returned to the Mancelona area where he worked for Dewitt Marine and then at Anchor-Lamina as a machinist for many years before retiring in 2010.   In 2007, He met Lorrie Allen; the two fell in love and wed a year later.  Al was a train enthusiast to say the least.  Over the years, he had collected over 3,000 model trains.  He belonged to the Traverse City Train Club, and a large majority of his collection will be donated to the club.  Aside from collecting trains, Al also enjoyed camping, fishing, and playing Euchre.

He was preceded in death by his parents, James and Theda Skinner, and his wife’s parents, Joe and Sherry Allen.

Funeral services will take place at 4:00 pm on Tuesday, June 30, 2020 at the Mancelona Chapel of Mortensen Funeral Homes.  Visitation will take place from 2:00 pm until the time of service at 4:00.

In lieu of flowers, memorial contributions may be made to Munson Hospice.

To order memorial trees or send flowers to the family in memory of Alan Skinner, please visit our flower store.