In 1978 Gary F. Mortensen graduated from Minnesota State University and worked at Gordon Funeral Residence in Allegan. In 1980 he and his wife Sue moved to Central Lake with their two children, Stephanie and Ron, to purchase the Central Lake funeral home which was previously called the Ebert-Diton funeral home.  Six months later they purchased the Matthew-Learned funeral home in Bellaire.

Gary and Sue became involved in both communities and often could be found volunteering their time to help others.  They also joined several organizations and served on various boards.

In 1997 Ron graduated from Worsham College of Mortuary Science and joined the family business.  He along with his wife Holly were a welcome addition to both communities.  They decided to expand their business again and purchased Paulin-Penzien funeral home of Mancelona in 2003.  They had also been expanding their family with the additions of Jaynee, Isaac, and Gavin.

With all their children in business with them the expansion was welcome.  Jaynee's husband Kasey Poel graduated from Worsham College of Mortuary Science in 2018 and Isaac Mortensen graduated from there in 2020.  Jaynee is the office manager in Charlevoix and Gavin is handling grounds work and cemetery work while taking classes.

It has been an honor for our family to serve your family during their time of need. 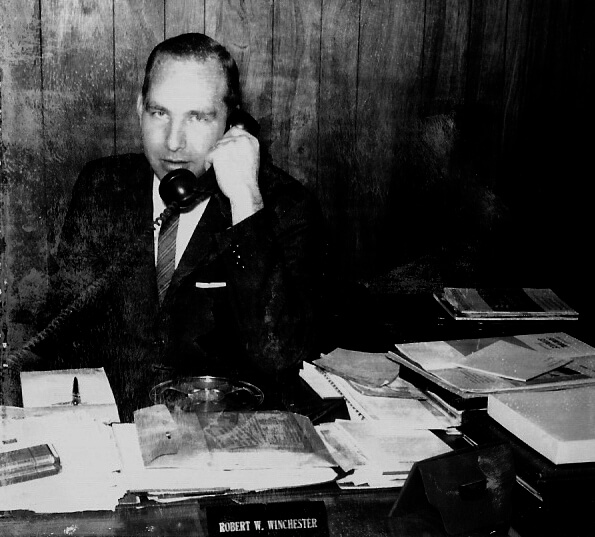 A 1954 graduate of Wayne State University, Robert W. Winchester founded the Winchester Funeral Home in 1955, in the Village of Freeport.  Bob moved Winchester's to Charlevoix in 1957, where he and his wife, Leona, operated the funeral home until retiring in 1985.

A Charlevoix native, Ron Winchester graduated from Wayne State University in 1979, and returned home to work with his father.  Ron purchased the funeral home in 1985.

In the late 1800's, the See family established the first funeral home in Charlevoix. It occupied the See building at the corner of Antrim and Bridge, and later, the old Parkside Restaurant building.

The present building was originally built by Archibald Buttars in 1869. Buttars was an early resident of Charlevoix who served as Lt. Governor of the State of Michigan, and was a founder of the Charlevoix County Bank.

Glen See purchased and began remodeling the building, and it was opened as a funeral home in 1936.

The caring and experienced professionals at Mortensen Funeral Homes are here to support you through this difficult time.  We offer a range of personalized services to suit your family’s wishes and requirements.  You can count on us to help you plan a personal, lasting tribute to your loved one.  And we’ll carefully guide you through the many decisions that must be made during this challenging time.

You are welcome to call us at any time of the day, any day of the week, for immediate assistance.  Or, visit our funeral home in person at your convenience.  We also provide a wealth of information here on our web site so you can learn more from the privacy of your own home.

A year of daily grief support

Our support in your time of need does not end after the funeral services.  Enter your email below to receive a grief support message from us each day for a year.  You can unsubscribe at any time.